You’re here because you’re done with drama. You know that the up-and-down of the roller coaster might feel exciting but doesn’t leave you feeling happy. Maybe you even added in some products for anxiety management to keep you grounded. So what do you do when a toxic person, whether it’s a friend or a coworker, tries to pull you into their drama just when you’re letting go of their own? Turn to a trick called the grey rock method to make that toxic friend find you far less appealing as a sympathetic ear.

No, you won’t have to confront them about their drama. After all, what more would a toxic friend love than a chance to play the victim or say you’re being mean to them? Instead of giving them more reason to stir the pot, you’re going to make sure you’re not giving them any fuel for their fire. After all, you can’t make toxic people change their toxic ways, but you can make sure they don’t come and dump their drama in your lap.

So what is the grey rock method?

Essentially it’s a strategic way of interacting with toxic people that doesn’t feed into their drama. You’re going to remain disengaged from their toxic narrative. It works whether they come to you with a story about their own drama or try to get you riled up about stressors of your own. The grey rock method means making yourself seem boring, disengaged, and uninteresting. It also ensures that the toxic person sees you’re uninterested in their drama. If done with a subtle hand, it will make the toxic person lose interest in you.

How to put the grey rock method into practice

Yes, it’s going to feel unnatural for many of you to use the grey rock method at first. If you’re trying to get rid of the drama in your life, chances are you’re an empathetic person who can easily be pulled into other people’s toxicity. Just remember that you’re not being rude. You’re simply building a barrier between yourself and toxic energy. It’s a necessary part of mental wellness, just like being able to say no. 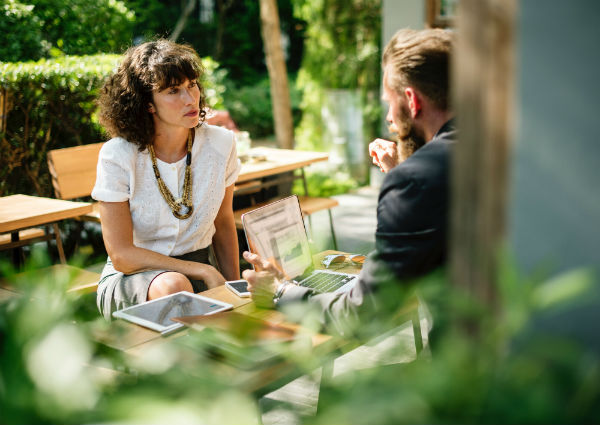 Your tactics will have to change depending on the toxic person with which you’re dealing. Still, there are a couple tried and true tactics for using the grey rock method to ward away drama. I’ll break down different scenarios you might encounter, but for now, here’s a go-to list of tricks:

The stranger with horrible energy

That toxic person in line behind you is easiest to deal with. You know, the miserable person acting like they’re the only one inconvenienced by the long and slow-moving line. They sigh out loud and make a rude remark about the cashier just loud enough for the people around them to hear. Whatever you do, do not make eye contact and do not engage. If they talk directly to you about the wait, don’t make eye contact, keep your voice neutral, and say something boring like, “Oh, I guess I hadn’t noticed.” Most likely they’ll move on to someone else in line who will get more riled up with them.

The coworker who stirs the pot at the water cooler

Toxic coworkers are more difficult because you have to see them all the time. If it’s someone you don’t know well, try not to share personal information they might be able to use later. Don’t share your work worries if you have them since they’ll only try to get you worked up about them later. Leave your personal life at home so they have even less fodder for their toxicity. The best way to keep their drama away is to make sure you seem boring. If they ask you about work just say everything’s going OK or as normal. They’re trying to gossip about someone in the office? Use the same line from that line at the drugstore: “Oh, I guess I hadn’t noticed.”

If that entire office is that way, though, use our trick for dealing with a toxic workplace and get going on polishing up your resume. You and your mental health deserve to get out of there.

The friend who’s an energy vampire

If you’re dealing with a toxic friend, you’re going to have to start elsewhere. They probably already know plenty about your worries and personal life. In this situation, refusing to get emotional is your best bet. Even if they taunt you by trying to tap into the worries you’ve shared, give them nothing to work with. Tell them everything is boring, normal, or OK, even if it’s a lie. Side-step their dramatic gossip or refuse to engage in it. Tell them you don’t know who they’re talking about or give a boring answer if you do.

Why the grey rock method works

Toxic people feed off of drama. By refusing to engage in drama they’re bringing to you or give them new topics of discussion, you’re essentially starving that toxic energy. But if you act normally and don’t let on that you’re using a tactic to deal with them, they’ll only be aware that they find you really boring. Uninterested in you and your conversational prowess, they’ll move on and try to find someone more excitable. Let them go and keep practicing the grey rock method. Pretty soon you’ll be able to shrug off even the most toxic person.