We’re creatures of comparison. It’s only natural that we want to know the average savings account balance or amount of credit card debt our peers have racked up. That explains the appeal of a U.S. Department of Agriculture report that claims to show the average grocery bill, or how much money you should be spending on groceries. The problem is, for health-conscious shoppers, it’s deeply flawed.

The common complaint against health eating is that it’s expensive. While, yes, your average grocery bill will go up a little, there are ways to mitigate the costs. You don’t have to go to Whole Foods and drop your whole paycheck to eat a little better each week. Still, if you compare your weekly receipt to that listed in this tool that claims to know the average grocery bill, you might get some sticker shock.

The tool says that “moderate” spenders between the ages of 19 and 50 can expect to drop $59.10 and $69.50 on groceries each week. “Liberal” spenders, the tool says, can hand over between $75.70 and $85.30 for people in the same age group. These numbers are based on people buying for only themselves.

But take a look at the 2007 report that detailed the methods behind the calculations and you’ll see the problem. The average grocery bill calculated in this report is based on the government’s dietary recommendations, and we all know the Standard American Diet (SAD) is flawed. Health-conscious shoppers are increasingly moving away from this style of shopping and eating. 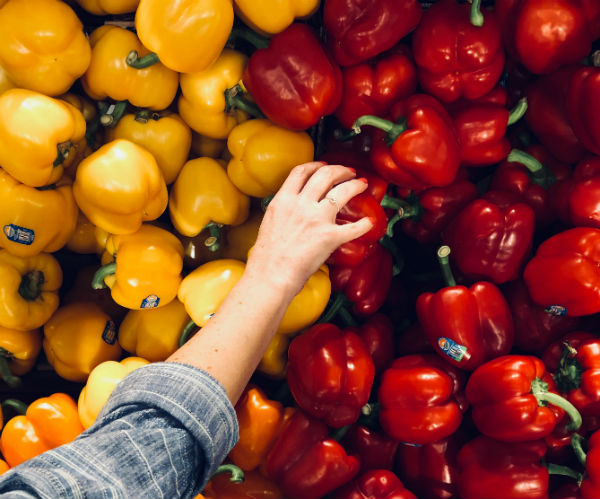 It’s pretty old news that lobbies shaped the USDA’s suggested food pyramid. We have an emphasis on certain food groups because the constituents of those lobbies stand to benefit, not because they’re better for our health. So if you’re shifting your diet toward more whole foods and trying to steer clear of harmful chemicals, this number isn’t going to reflect the receipt that comes with your groceries.

The USDA also used their own caloric guidelines to create this average grocery bill, which is absurd. Caloric needs of a 19 year old can vary wildly from that of a 50 year old. Despite this difference, they’re lumped together for this calculation. Metabolism is also individual-specific and based on a variety of factors from muscle mass to activity level. It also fails to take into account any potential food allergies, such as gluten or lactose, and location, which has a huge impact on food costs. (Try shopping in a New York supermarket after growing up in the Midwest.)

Keeping your average grocery bill down while eating healthfully

We’ve already noted that your average grocery bill is going to go up if you’re trying to eat healthfully. But it doesn’t have to skyrocket. There are plenty of tricks for eating healthfully without dropping all your dough at the supermarket. We’re working on pulling together a guide of those, which we’ll link to here as soon as it’s ready.