Let me be clear: It’s OK to eat emotionally. I’ll tell you a dirty little secret: everyone does it. It’s OK to indulge your cravings as long as you’re in control of them. But it’s also OK to understand your cravings better and pick and choose which you want to indulge and which you want to ignore. (I’m personally working on ignoring food cravings that pop up due to boredom.) Once you’ve decided which to ignore, you need a toolbox to stop food cravings.

One tool to put in your craving-busting arsenal is essential oils. A healthy diet that you enjoy that also allows some indulgences does a number on cravings, but once in a while you’ll get tired or stressed or, yes, even bored, and turn to food. At those times, essential oils can be a health-boosting resource to get you back on track. (Combine them with learning how to stop food cravings with one simple sentence, and your mid-afternoon sweet tooth doesn’t stand a chance.)

Below I’ve outlined how certain essential oils stop food cravings while also boosting your health. I’ve broken them down by time of day based on their other health benefits, but use them as you prefer. While I find grapefruit energizing, others might find it soothing. Let you decide what mood they put you in, and use them accordingly.

Grapefruit: Grapefruit essential oil can give you a boost of energy in the morning and cut your cravings right out of bed. I sprinkle a few drops of this essential oil in the corners of my tub before I turn on the shower. The steam lifts the smell and creates a spa-like environment at home. Grapefruit aroma, particularly its component limonene, could increase fat loss and reduce appetite, a 2005 study indicated.

Lemon: This sunny citrus shares the same active component as grapefruit, which means the oils are interchangeable. Or, you can buy both and enjoy switching between the two. Limonene boosts neurological activity that promotes lipolysis, or the breakdown of fat. If you ask us, that makes it worth a sniff. 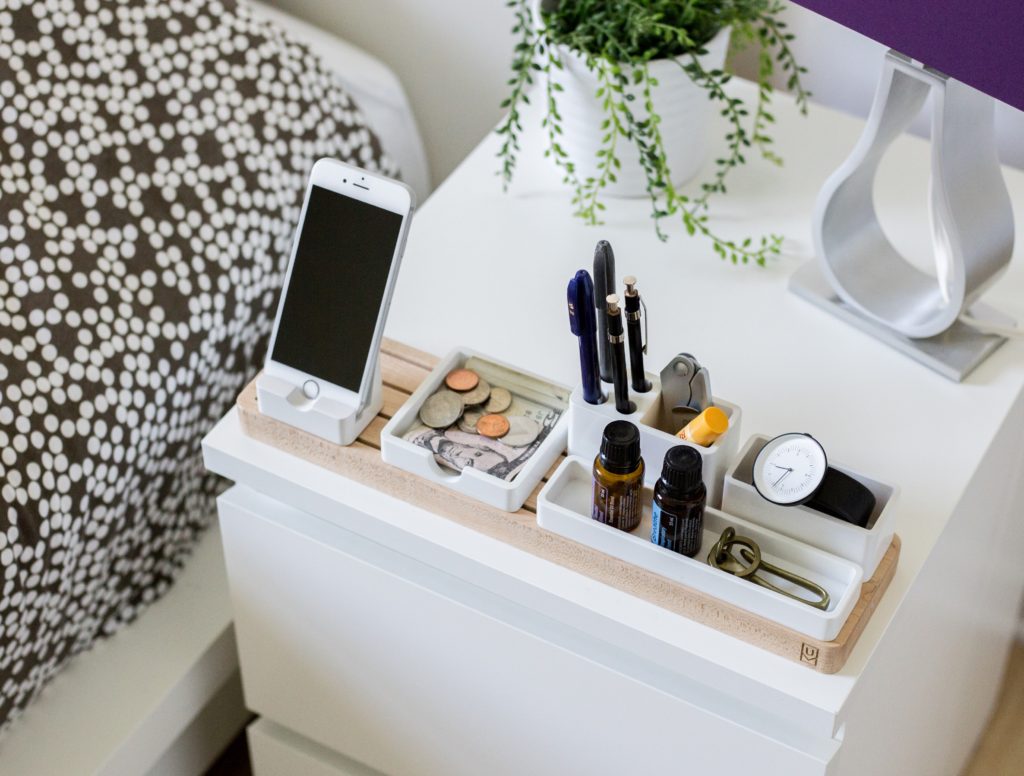 Peppermint: There’s just something soothing about mint, and your body agrees. Mint’s appetite-suppressing and craving-busting benefits have been studied before. Sniffing peppermint oil every so often throughout the day can significantly reduce levels of hunger and calories consumed, a 2008 study called “Effects of peppermint scent on appetite control and caloric intake” found. Participants who sniffed the oil every two hours for five days straight reported feeling less hungry and also took in an average of 3,485 fewer calories over the course of the week. It’s the strong scent that distracts you from your hunger (or cravings you thought were actual hunger).

Cinnamon: You might have noticed that most diet plans discuss balanced meals. There’s a good reason for that, even if the plan isn’t right for you. Balanced meals, which boast all three macronutrients, keep your blood sugar levels steady. What that means for you is prolonged, stable energy levels and feeling fuller for longer. Cinnamaldehyde, the active component of cinnamon oil, also helps balance blood sugar.

Without those big blood sugar spikes, and inevitable crashes, you’ll feel better and less hungry. Often, it’s our crashing blood sugar levels that lead to cravings (and hanger). Since your blood sugar won’t tank shortly after your meal with the help of this oil, you won’t reach for your usual quick hit of energy from chocolate or candies.

Lavender: It’s already one of the smells we all associate with spas, but its stress-busting properties go even further. We all know that stress boosts cortisol, the stress hormone. But did you also know that getting poor sleep is a type of stress? In addition to cortisol, your ghrelin levels will spike after just one night of inadequate zzzs. Ghrelin is that pesky hunger hormone that sends you reaching for the snack drawer.

That’s where lavender comes in. Though a 2005 study showed that the active component of lavender oil, linalool, actually boosts appetite, the oil also helps you fall asleep. Getting around the appetite issue is easy: just use this oil before bed. You’ll log better sleep, which will keep your ghrelin and cortisol levels in check. That way, you won’t be reaching for a mid-afternoon zap of sugar-based energy from the vending machine.