We all overeat sometimes. All of us. Yes, even that perfect girl at your office who never has a hair out of place. In fact, anyone who says they never overeat is lying, plain and simple. And we should all be fine admitting that because the occasional overeating session isn’t bad. Our bodies are made to eat more when food is available, so it’s only natural that we do sometimes. But if it’s more than overeating, if it’s a binge, that’s when you should talk to someone. But how do you know the difference? What is binge eating, anyway, and how is it different than overeating?

It’s essential to understand the difference. While overeating is natural and mostly physical, binge eating is often due to an underlying issue and reveals psychological factors at play. No, you’re not crazy, but maybe you’re hiding feelings of inadequacy or shame or fear. If you know the difference, you can ask a professional for help. They’ll work with you to figure out the root cause of your binge eating and resolve it. But wait, what is binge eating, anyway?

What is binge eating?

So, what is binge eating? First and foremost, binge eating itself doesn’t mean you have an eating disorder. The habit is frequently associated with binge eating disorder and bulimia, but can exist separate from these conditions. It does, however, mean you probably need a professional’s help to work through it. Since binge eating is generally marked by an excessive intake of calories in a short amount of time, the emotional wake is serious. A binge can leave you feeling ashamed and confused and, unfortunately, like food is your enemy instead of a way to power your body.

If it’s your first time binge eating, it might be unclear whether it was an actual binge or just a normal bout of overeating. Many of us feel bad after knowingly eating too much, after all. But there’s a very easy way to tell the difference I want you to keep in mind.

What’s the difference between binge eating and overeating?

The telltale sign that you had a binge and didn’t simply overeat is feeling out of control. If you feel like you had no agency to stop eat when you wanted, it’s a binge. Even though many people define a binge as taking in excessive calories, I don’t think it’s a requirement. 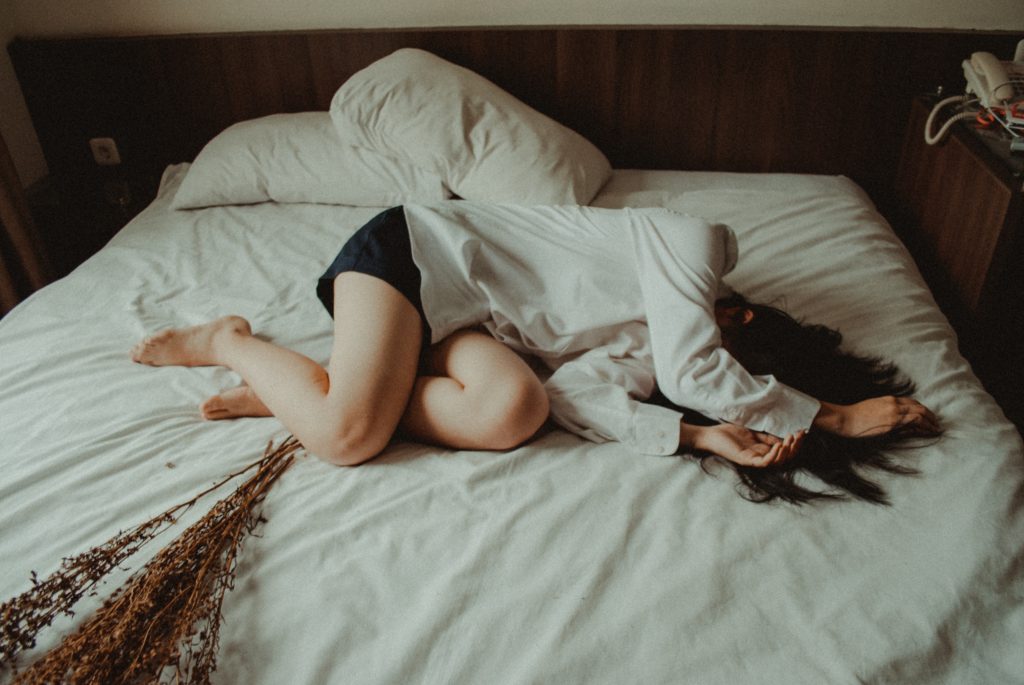 I suffered from an eating disorder for over 10 years. I was diagnosed with EDNOS (Eating Disorder Not Otherwise Specified), which is a fancy way of saying I didn’t fit neatly into the definitions of the other eating disorders. All I knew was food was the enemy, but the way I fought it was constantly changing. Sometimes that included binge eating. Eating disorders are very much about control, which is why binging was so scary for me. I never felt like I had control during a binge. It felt like I was doomed to eat too much, and I just had to watch it happen.

Even though I’ve recovered now, I do binge eat from time to time. (I shared earlier how to stop binge eating when you’ve already started. It works for me now, after working with a professional. It will absolutely work if you’re only overeating.) I also occasionally overeat. There’s a clear difference. Sometimes I’m in control, and sometimes I’m not. My binges are much smaller now because I’ve worked with a professional and am properly fueling my body daily. But even if I eat only 100 calories I didn’t want to, I call it a binge if I felt like I wasn’t in control. I take a mental note of these events and bring them back to therapy.

Getting to the root of binge eating

Very often there’s something going on that I’m physically and emotionally trying to stuff down. I couldn’t see it until a therapist walked me through it in the safety and comfort of their office. I urge you, if you’ve ever binged, to find someone who can do the same for you.

Once I started talking through underlying issues, and looking at my problems head-on with a specialist, my binging eased. It’s an ongoing process. I’ve been in recovery for 5 years, but it gets better every month. There’s no shame in binge eating, only deep hurt that needs soothing. Even if you’re not sure if it was a binge, I urge you to reach out to someone for support. There’s no weakness in asking for a hand to help you move forward. You can reach the National Eating Disorder Association’s helpline at 1-(800)-931-2287. They have trained specialist waiting to help you find the support and information you need.