At some point, something went wrong with my body. I was diagnosed with hypothyroidism, but it didn’t seem to explain everything. Even doses of medicine that allowed my energy to rebound did nothing about the gastrointestinal issues I was having. So I looked for a functional medicine practitioner to help me get to the root of what was going on. I wanted to find it and fix it permanently instead of masking the symptoms with more medicine. I found a promising person to coach me through this process, and we’re about to start on our first step together. Since this big change starts on Monday morning, here are my biggest worries before starting an elimination diet.

I’ll be posting an explainer on elimination diets soon in case you don’t know the ins and outs. In fact, there are quite a few out there, and they’re all different. I’ll also post a guide to the four biggest elimination diets, what they entail, and who they’re for. They’re pretty common now, with Whole30 and the Low FODMAP diet being the most popular. But if you haven’t jumped on the wagon yet, I’m documenting the entire process so you can see what it’s like to go through.

My biggest concerns before starting an elimination diet

My health coach has me doing a combination of the biggest four programs, which means we’re cutting out a lot of foods. The big ones are the main part, of course. Dairy and gluten are the primary targets, but nightshades, nuts and seeds, and (heaven help me) caffeine are all getting the ax for the next 60 days, too. So what are my biggest fears starting an elimination diet? Here’s what they are and how I’m managing for now.

Finding out my body hates a food that I love

I’m not a person that forgets to eat. I have a very real, very emotional attachment to food. I have go-to foods to feel relaxed, comforted, loved. I felt my anxiety rising the weekend before starting an elimination diet, and I realized it had to do with these foods. They’re not only gone from the menu for 60 days, but also potentially gone for good. If we find out that I don’t handle one or more of my favorite foods well, the blow won’t just be to my meal planning. 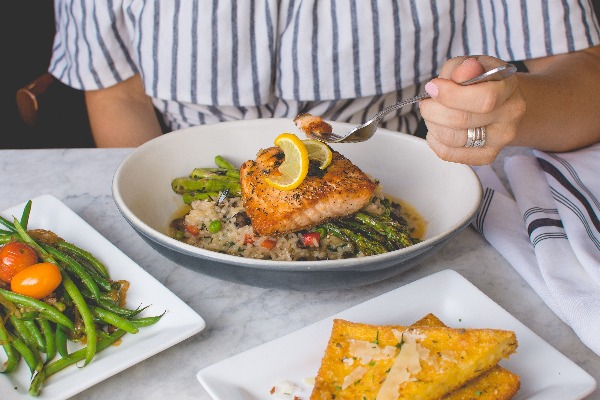 What if my body can’t handle one of the foods that helps me feel comforted during tough times? The elimination diet not only affects not only my physical health but also potentially my mental health. Will I find other coping mechanisms? Of course. Is that harder than using the ones with which I’m familiar? Absolutely. Finding new coping strategies inevitably comes with several weeks or months of stress as you perfect the new ways of coping. Part of me, I’m sure, is scared of the emotional pain to come if I have to go through this process.

For now, there’s no value in worrying. I’ve acknowledged the fear and put it away. Perhaps none of my favorite foods will be eliminated after the 60 days. Stressing before I know the outcome doesn’t accomplish anything and hurts me now, so I’m trying to focus on the present instead.

Letting people down by failing on the diet

Here’s the thing about starting an elimination diet: it’s not a weight loss diet, but it requires the same amount of self-control and willpower as one. My favorite foods won’t just cease to exist because I can’t have them. They’re in my pantry, and I don’t believe in throwing out food, so they’ll stay there. But what if I give in to temptation? 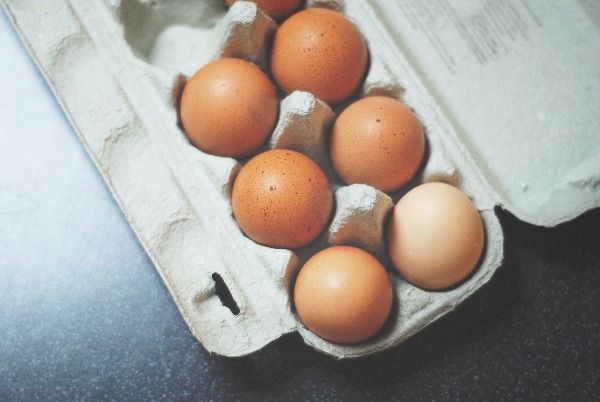 Your results on an elimination diet are only as good as your adherence. Slip up, and you can screw up your results. I have two coaches and a boyfriend who believe in me. One of my biggest fears is failing them by messing up. But what this fear really comes down to is trust in myself. Many of us have a fraught relationship with food. If I mess up, does it mean I just can’t control myself? That I can’t be trusted around food?

First and foremost, I’m telling reminding myself that starting an elimination diet is something I’m doing for myself. Sticking to it will get me closer to feeling healthy and energized. I’m trying to reframe the fear into motivation to make myself proud and accomplish something big to reclaim my health. I’m also coming up with a plan for when I feel tempted. Armed with a plan, it should be easier to handle the situations that could lead to slipping up.

I like to say that my eating disorder is in remission. I don’t believe it will ever go away, but day-to-day it doesn’t affect my life right now. I control what and how much I eat and my food fears are largely under control, even if my body dysmorphia pops up now and again. But what if that little voice at the back of my head feeds off of the restriction when I start an elimination diet? What if it gives me that sense of control that my eating disorder did?

I know this is not a weight loss diet. I have a bodybuilding coach who took the elimination diet and wrote a meal plan that ensures I get enough calories daily. But no one would know if I ate less. All I can do is stick to the plan from people I trust and fight the little voice in the back of my head. And, who knows, maybe it won’t come out at all. After all, I think it likes almond butter as much as I do.