There’s a four-letter word that everyone in any sort of relationship, romantic or otherwise, should know. No, it’s probably not the word you’re thinking of. This word is gentle but arresting, and research shows it just might be the key to learning how to stop an argument before it escalates out of control.

You’re probably used to the script by now, even if you’re one half of an amazing couple. An argument starts devolving, probably because you’re both tired, and someone lets loose the one thing they know is going to injure the other person most. That’s part and parcel of being in a relationship. Marriage and family therapist Hal Runkel puts it well: “No one can touch you like the one you expose yourself most to, but no one can hurt you like the one you expose yourself the most to.”

Even though everything inside you wants to scream back something just as seering, Runkel says your best response is a four-letter word. Again, please don’t cuss at your significant other. That’s not the four-letter word we’re talking about. So, without further ado, the word that’s the key to how to stop arguments before they spiral out of control:

How to stop an argument with just one word

So, how do you stop an argument that quickly? When they whip out the sentences that cut deep, your best first response is a simple “ouch.” Runkle suggested to Business Insider Australia that you use in it in the following way: “Ouch. That one hurt. I don’t know if you were meaning to hurt me; I don’t know if that’s what you were going for; but that’s what you did.”

Yes, he anticipates that your partner is going to respond with something about how you’ve also said some hurtful things. But you already diffused the downward spiral happening in the fight. The next step is how to stop an argument completely. 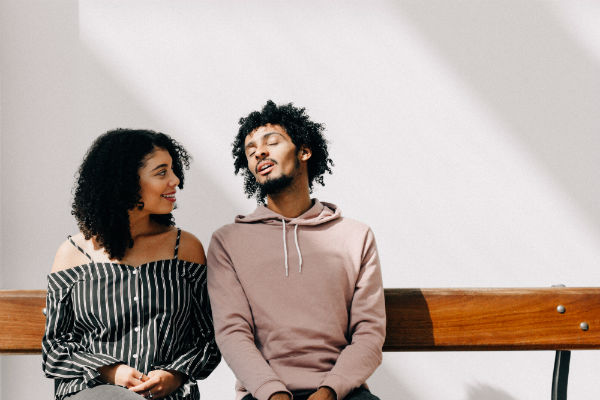 After they point out that you’ve also thrown some barbed comments, respond with: “You’re right. I have, and I hate that I have.”

“That conversation — which was a very familiar path, that fight — is now a totally different path because one of you chose to actually get vulnerable,” Runkel told the outlet. “It wasn’t a step of pushing [your partner] away. It was a step of inviting [your partner] in by saying: You know what? I am open enough to you that you can actually hurt me. So now how about we talk to each other as if we actually love each other?”

Ideally, your partner responds in kind when you get vulnerable. It should open a door to a discussion about what’s actually bothering both of you, without the insults. If it doesn’t, that says a lot about your relationship. But most people respond well to putting down the emotional armor and being real and vulnerable when you’re dealing with them.

If they do respond well, stay vulnerable. You don’t want to end up back on the same path that got you two screaming at each other. Keep being open, bring the emotional wall down, and remember that the two of you are in this together. When one loses, you both lose.