Thyroid conditions suck. There’s no elegant way to say it. But it gets even worse when you try to research on your own. Contradictory advice and suggested “ideal” ranges for your blood tests make things more confusing after a Google search, not less. So if things are that convoluted already, why in the world would I suggest you need to understand the condition you don’t have? Simple, understanding hypothyroidism vs hyperthyroidism could save you from feeling like shit.

I’ll explain. It probably took you a while to get diagnosed with hypothyroidism. Maybe you had to see three or even four doctors because they couldn’t agree on whether your TSH was subclinical or worth treating. You probably had to convince them that you didn’t have a number of other conditions used to dismiss people suffering with thyroid conditions. Now you’re finally on medicine, maybe your numbers have stabilized, and you’re feeling more like your old self. But what happens if your body decides to get with the program on its own?

It’s not unheard of. Scroll through the subreddit r/hypothyroidism and you’ll find a number of people whose thyroids decided to perk back up after their diagnosis. They were on medication but maybe their hormones stabilized or they made a lifestyle change their bodies liked. Whatever it was, their thyroid started creating more thyroid hormones on its own, despite their regimen of medicine. That sounds wonderful, at first. But taking medication for a problem that doesn’t exist, or lessened, can actually be dangerous.

Why you need to understand hypothyroidism vs hyperthyroidism

So what’s going to happen if your thyroid starts producing healthy hormone levels and you’re taking medicine for hypothyroidism? You’ll start feeling some symptoms of hyperthyroidism. But you need to know what they are so you can alert your doctor. Similarly, a regular medication increase might prove to be a little too much. Now, instead of being slightly under normal levels, you’re slightly over. Whatever leads to it, you need to know that how you’re feeling is worth bringing up to your doctor, and stat.

Let’s take it back for a second. We all know the basics. When it comes to hypothyroidism vs hyperthyroidism, the first indicates that the gland is underperforming, the second that it’s overperforming. Yes, there are more shades than that, especially when you get into general hypothyroidism vs Hashimoto’s. The why isn’t our focus right now, more on that later, but rather the symptoms of each. People with one condition might not know how those on the other side of the coin feel. 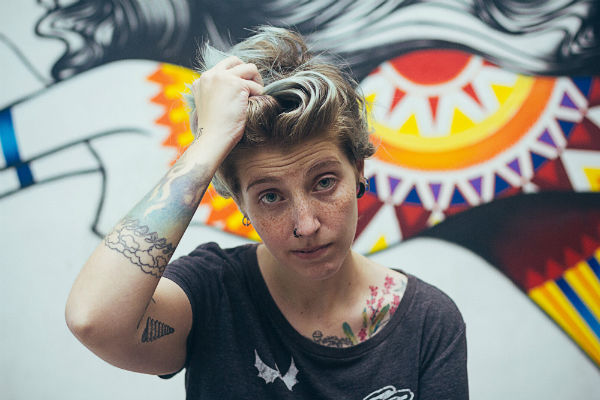 Hypothyroidism vs hyperthyroidism: How both of them feel

If you’ve been diagnosed, you’re more than familiar with hypothyroidism symptoms. You’ve been living with them for a while. But for people wondering if they might have this condition, here’s what to expect. Symptoms of hypothyroidism are broad and numerous, but some of the most reported are hair thinning, constant exhaustion, muscle weakness, and sudden and persistent weight gain. You’ll also see plenty of reports of thinning of the outer third of the eyebrows, stubborn dry skin, brittle nails, insomnia (despite exhaustion), and intolerance to the cold.

Ideally, medicine makes you feel normal again. But finding the right dose can be a strategic guessing game for your endocrinologist since everyone is different. You might respond better or worse to medicine than someone with your same TSH numbers. But if you start noticing some of the following symptoms, it’s time to book another appointment ASAP.

People with hyperthyroidism, or hypothyroidism but too much medicine, report feeling anxious and heat intolerance with heart palpitations. They might also experience tremors, constant nervousness, diarrhea, and hyperactivity that borders on irritability.

What to do if you notice a change in your symptoms

If you’re familiar with hypothyroidism vs hyperthyroidism symptoms and suspect you’re overmedicated, call your doctor and make an appointment ASAP. Do not, however, take yourself off of any medication without approval from your doctor or endocrinologist. It’s tempting to assume backing off the meds is all you need, but the experts know more about the intricacies of dosing than we do.

If your doctor is booked, ask them to refer you to another in their practice who they can familiarize with your case. This shouldn’t happen if your symptoms have swung the other way, but it’s a good back-up plan to have just in case. What you can do is make sure you avoid iodine so your symptoms don’t get any worse until you make it into the clinic.