You have weight loss goals, but also a social life. You’ve managed to hit the gym hard and clean up your diet without sacrificing time with your friends, the ideal combination, but you’re still not quite sure what those cocktail and catch-up sessions are costing you. Does vodka have calories, how many calories are in vodka, how do you account for them in your weight loss plan? Finally, here are your clear answers.

Clear liquors are the dieter’s go-to, but the reason spans the range from thinking it’s free of calories to that it’s the lowest-calorie of your choices. But the truth isn’t quite as clear as your drink of choice. It has a lot to do with not only what you drink but also how you drink. But don’t worry, we’ll break everything down — as well as how to account for those nights out in your diet plan, whether you’re a calorie or macro counter.

So, does vodka have calories?

Here’s the hard truth about that: Does vodka have calories? Yes, like everything except plain water, vodka does indeed have calories.

How many calories are in vodka?

This one gets trickier, because it depends on which question you’re actually asking:

The answer to these questions can be hundreds of calories apart. If you’re watching your weight, or trying to slim down, you already know that liqueurs and fruit juices commonly used in cocktails deliver a caloric and sugar-packed punch. Calories aside, that can make you turn to fatty foods when your blood sugar crashes and leave you feeling bloated and “watery” the next day even if you only indulged in one or two drinks. One 12-ounce frozen Mudslide, for example, can cost you a whopping 820 calories, a standard White Russian, around 257 calories.

But if you’re trying to stick to the simple sips like vodka and diet Coke or vodka soda, you’re not running up so high of a calorie tab. With both of these drinks, you’re only taking in the calories from the vodka, one shot of which will cost you somewhere between 70 and 100 calories. The actual calories by brand depends on how much alcohol is in their bottles. Even a vodka martini, which pairs vodka with dry vermouth, isn’t too bad of a choice, weighing in at only around 127 calories. Then there’s diet vodka.

Wait, what is diet vodka?

Diet vodka is a term given to lower-calorie liquors that are similar to vodka — though, as I’ll explain, they’re not technically vodka. Vodka, like any other booze from bourbon to gin, has specifications it needs to hit to earn the name. By definition, vodka needs to be 40% ABV (alcohol by volume). Diet vodka does have fewer calories per serving than regular, but it’s because it contains less alcohol. 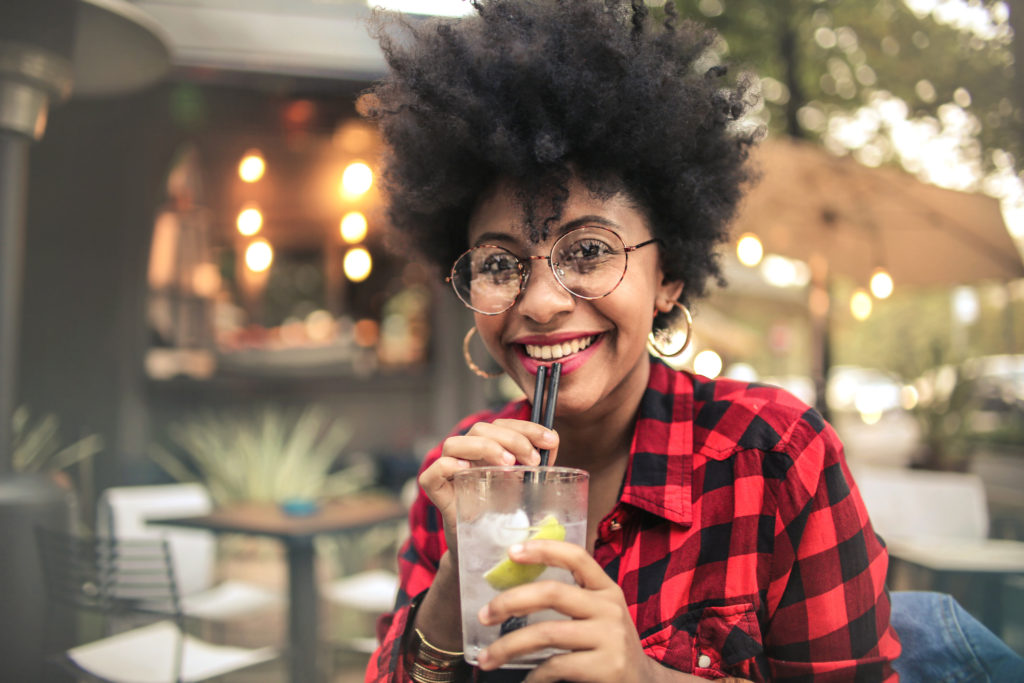 So is diet vodka a better choice than regular? That depends on why and how you’re drinking. Diet vodka like Ketel One Botanical — which comes in four flavors featuring fruit and herbs, like Cucumber & Mint and Grapefruit & Rose — have around 30% ABV and 73 calories per serving. That means, compared to a higher ABV vodka, you’re only saving about 25 calories shot-for-shot. If you’re someone who always puts away four cocktails, it might be worth saving those 100 calories. If, however, you like savoring one really good drink, you might find having the slightly higher calorie alcohol the best fit for your lifestyle.

But no matter how many you have on a given night, you’ll need a way to track it. For calorie counters that’s easy: simply add up the damage at the end of the night, doing your best to account for juices and simple syrups. But what about if you count macros?

How to track vodka macros

You might have heard people file alcohol neatly under your carbohydrate calories for the day. That sounds nice, and if you look at the ingredients in vodka, it makes sense. But because of your how your body metabolizes alcohol, it’s not quite accurate for tracking macros.

Technically alcohol doesn’t fall into any of the three macro categories. Avatar Nutrition, run by some of the top gurus of flexible dieting, call it a “shadowy ‘4th macro’” that provides 7 calories per gram. Those calories, while they provide energy, don’t provide any additional health benefit like vitamins and minerals. But since we don’t track this “4th macro,” we need to account for alcohol in the daily macros on our plan.

You can choose to account for those calories out of either your carbs or your fat, however, I find it most helpful to divide between the two. Let’s say you drink 180 calories of alcohol, here’s how you would break that down between the three strategies:

Don’t want to do the math by hand? You can use Working Against Gravity’s Alcohol Calculator, which allows you to select which of these strategies you’re using. Yes, even a split between carbs and fat.

There’s only one catch: If you’re working off of a daily macro allowance, you’ll need to plan ahead of time how much you’ll drink — and actually stick to it. That way you can shape the rest of your day’s meals to hit your macro goals with your alcohol budgeted in. And, as always, drink plenty of water with your cocktails to cut down on next-day bloating.

Summary: Does vodka have calories? Absolutely, yes. Can they fit in your lifestyle? Again, yes. Just make sure you’re counting them and adjusting the rest of your diet accordingly.